Article written by Ky Lo Cheang with the IndyStar

Although the number of homes in Marion County has increased since 2010, overall homeownership has decreased to just 54%, lower than state and nationwide averages, according to a new report on mortgage lending, released Monday by the Fair Housing Coalition of Central Indiana.

Driving that decrease in Marion County is a decline in homeownership in Black neighborhoods, the report found.

IU law professor Kevin Brown called the report "damning" evidence of systemic racial discrimination. It found that Black and Hispanic borrowers in Marion County are denied mortgage loans at significantly higher rates than average. Even when they do receive loans, their interest rates tend to be 30% to 40% higher than other borrowers, the report said.

"With homeownership plummeting, housing costs surging, and mortgage lending remaining out of reach for many, a new housing crisis is emerging in Marion County," the report reads. "Home prices and rental costs are forcing many residents out while mortgage lending disparities continue to keep many new homeowners of color from coming in."

"This was so much worse than I expected in 2022," said Brown, who researches race and discrimination. "What this is telling you is in the next generation, 20, 30 years from now, we’re going to be looking at these disparities because of the children of today, the Black and Latinx kids, are not going to be able to benefit from what their parents (have)."

Brown said the report demonstrates lasting harms of historical racial discrimination such as restrictive racial covenants and redlining that prevented the very same communities that struggle with homeownership today from accessing loans in the first place.

Using data from the U.S. Census, Zillow and the Home Mortgage Disclosure Act (HMDA) from 2018 to 2020, the report examines factors contributing to the decline in homeownership among Black and Hispanic residents.

"For most Americans, becoming a homeowner is the main way for individuals to build wealth, that then they can access in times of need, or to pass down to children or grandchildren," said Amy Nelson, executive director of the Fair Housing Center of Central Indiana. "If individuals still are being shut out of that market, same individuals who were redlined, the same neighborhoods, the same groups that were redlined, this is a problem that we have to address."

Decline in homeownership due to unaffordability

Nelson said that part of the reason for a decline in home ownership despite an increase in the number of available housing units is corporate investors who buy and "flip" homes that individual homeowners might otherwise have been able to purchase and rent them out.

The report shows which mortgage lenders are underperforming in delivering loans to borrowers of color according to several key metrics: application rates, denial rates and mortgage loan origination rates.

Together, the data paints a picture of which lenders are responsible for the most severe racial disparities in mortgage loans.

"A disparity by race or ethnicity alone may not conclude that there are fair lending violations," the report said. "However, it gives us some direction into where we may need to further examine lending activity by any particular lender."

The bank with the lowest application rate for Black borrowers from 2018 to 2020 was Merchants Bank of Indiana, which had only 16 Black residents apply for loans, only 2% of their total loan applications, according to the report. The bank also had the lowest rate of loan origination to Black and Hispanic borrowers, the report found.

When asked for comment on the rates, Merchants Bank of Indiana said in a statement through a spokesperson that 55.2% of their loan applications in 2018-2020 were from non-white applicants.

"While we only have one branch location on the northern edge of Marion County, we have fostered various partnerships to support our affordable housing initiatives," the statement added.

More Black and Hispanic borrowers are denied loans than average

But, the report's data shows that more Black and Hispanic borrowers are being denied loans than average, with 22.1% of Black borrowers and 21.2% of Hispanic, respectively, experiencing denials from 2018 to 2020.

Based on the bank’s attempts to replicate the data, said Evan Lapiska, vice president of US Bank corporate communications, 267 of the 600 denials cited in Monday’s report were tied not to a mortgage loan but to a home equity product. The bank automatically declines an application for this product if the applicant is 50 or more miles away from a branch, he explained.

The bank has no retail presence in Marion County. US Bank's nearest branch is 60 miles away in Hagerstown. But they still extend mortgage loans to Marion County residents, with more than half of white Marion County applicants being approved for loans.

“While a number of factors go into a lending decision, race or ethnicity is not one of them," Lapiska said.

Fair housing advocates say access to banks often is a systemic problem. A previous redlining lawsuit by the Fair Housing Center of Central Indiana was based on the fact that Old National Bank did not have many branches in majority-minority neighborhoods.

Monday’s report found the most common reason for mortgage loan denials, including for Black applicants, was credit history.

Law professor Brown said that although he understands why lenders use credit scores, it can entrench racial disparities.

People who have had the most difficulty obtaining employment and sufficient wages will suffer from the lowest credit scores, he said. These people are often part of groups that experienced historical racial discrimination.

"I don’t think that most of our problems with discrimination are the conscious intentional kind of discrimination that we battled so much in the '60s and '70s," he said. "(Discrimination today) functions more at the unconscious level and institutional level where you develop policies and programs that lead to these disparities, and credit scores are one of them."

The mortgage lenders that gave the most loans to Black borrowers tended not to be traditional banks. They included First Option Bank and Carrington Mortgage.

Black and Hispanic borrowers have much higher loan interest rates

Although interest rates are historically low across the country, this trend has not benefitted Black and Hispanic borrowers to the same extent.

The report found that from 2018 to 2020, the average interest rate spread for Black borrowers was approximately 30% to 40% higher than all other borrowers.

For example, the report states, a Black borrower would, on average, get a mortgage with a 3.9% interest rate if all other borrowers were getting a 3.0% interest rate.

Some might allege that this is due to income differences among race groups, the report states, but even high-income Black and Hispanic residents who earn more than $100,000 received interest rates 40% higher than the average during that time period.

Not everyone benefits from low interest rates, Brown said.

"Almost everyone in Marion County who has a house is hearing from these people saying we want to buy your house. What happens is those borrowers who can take advantage of mortgage rates at 2, 3, 4%, can buy the house and rent it out, knowing they can make a profit because the interest rate is so low, while other people are losing their homes. That will force people who cannot afford their homes now to pay higher rents down the rent."

Marion County has lost bank branches at nearly twice the national rate from 2011 to 2021, the report found, demonstrating that access to credit for Hoosiers is trending worse than the national benchmark.

The Federal Housing Administration's (FHA) loan program makes it possible for low-to-moderate income prospective homeowners who cannot afford the down payments of conventional mortgages to access credit and buy homes. However, the report found that FHA loans have declined in recent years. In Marion County, FHA applications are at their lowest rate since 2007.

The report calls for lenders and regulatory agencies to address the lending disparities in order to increase the long-term homeownership rates in Marion County.

"This is a crystal-ball into the future and the future looks pessimistic." 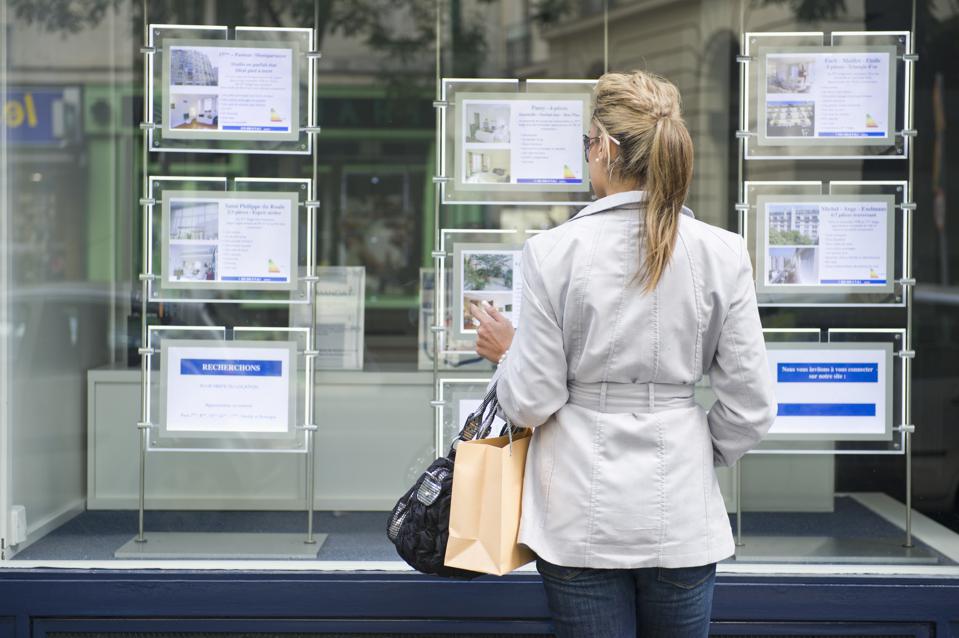 Yes. America’s Housing Market Is Officially Over-Heating Everywhere. How Long Will It Last? 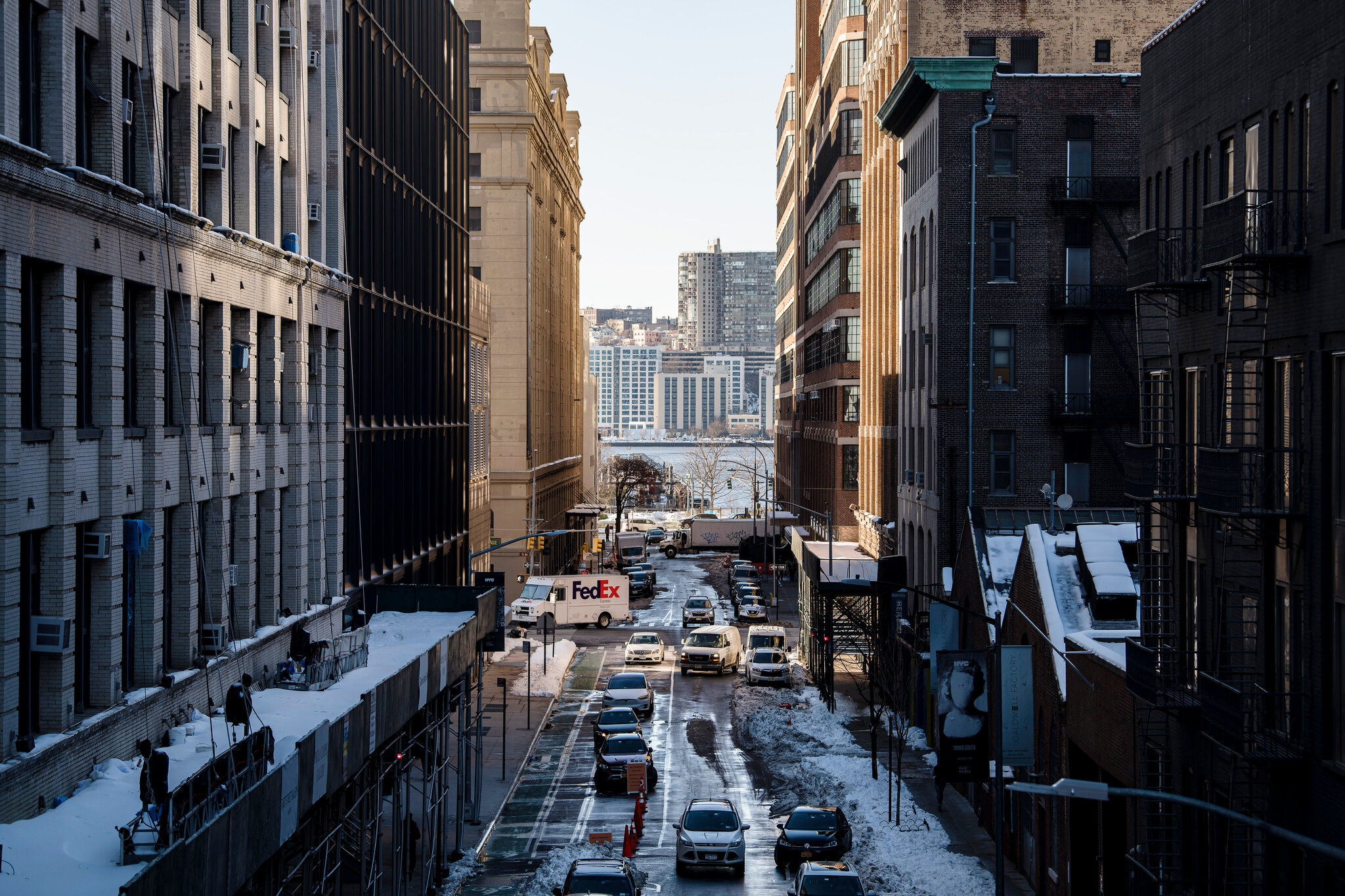 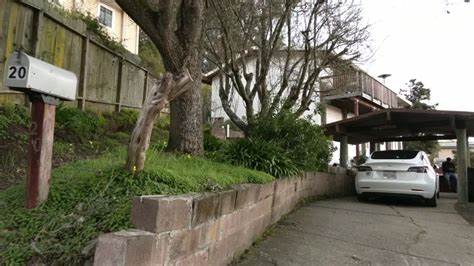 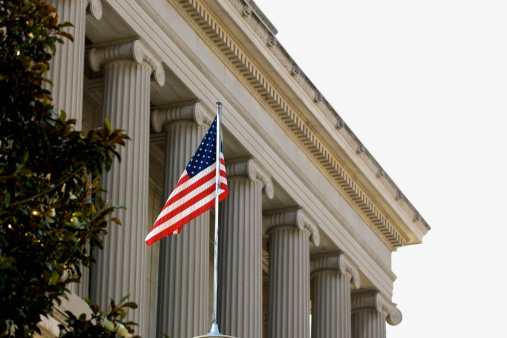 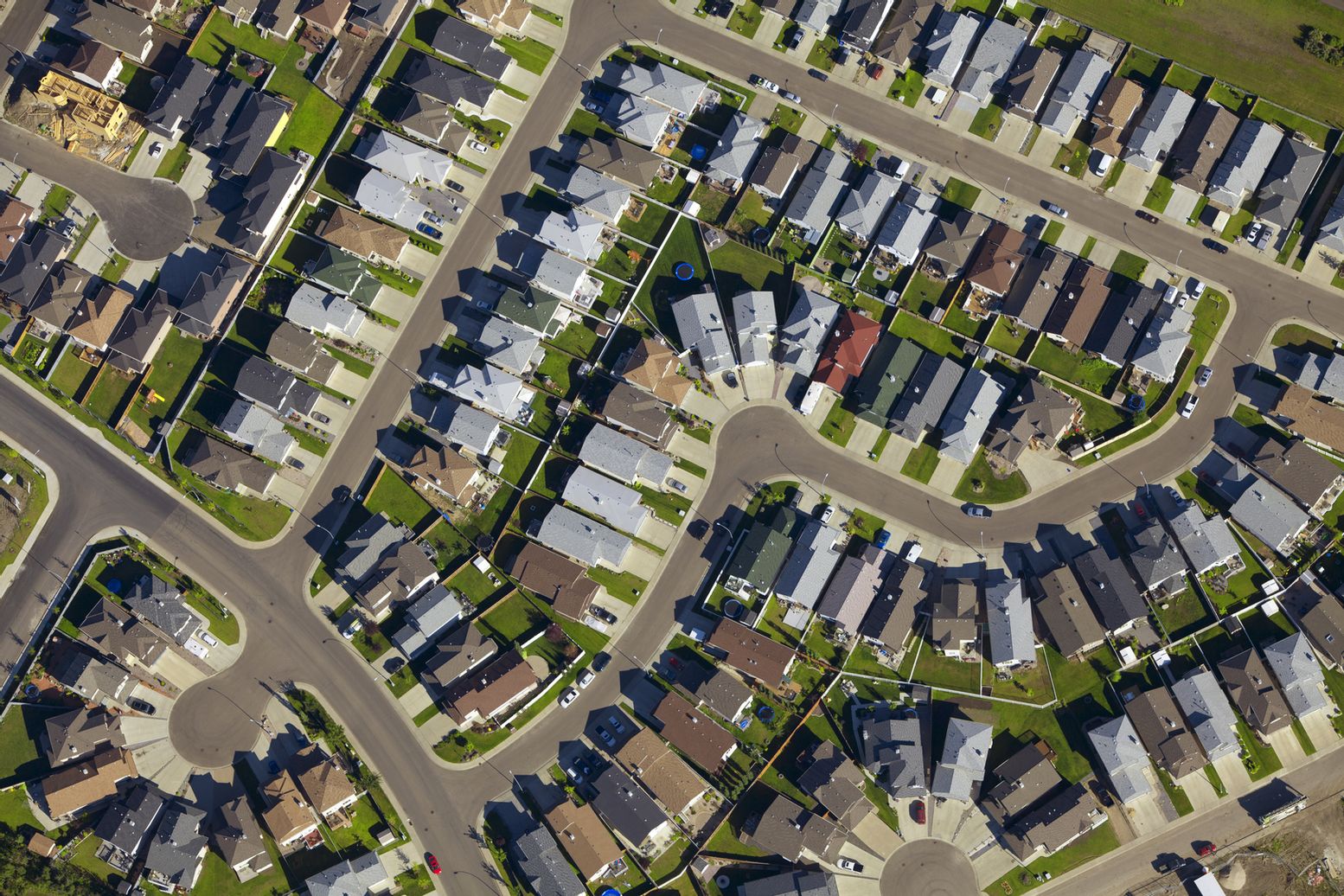 March 15, 2020
The U.S. Department of Housing and Urban Development (HUD) sought comments on its proposed a regulation that decimates progress made within the 2015 Affirmatively Furthering Fair Housing Rule. 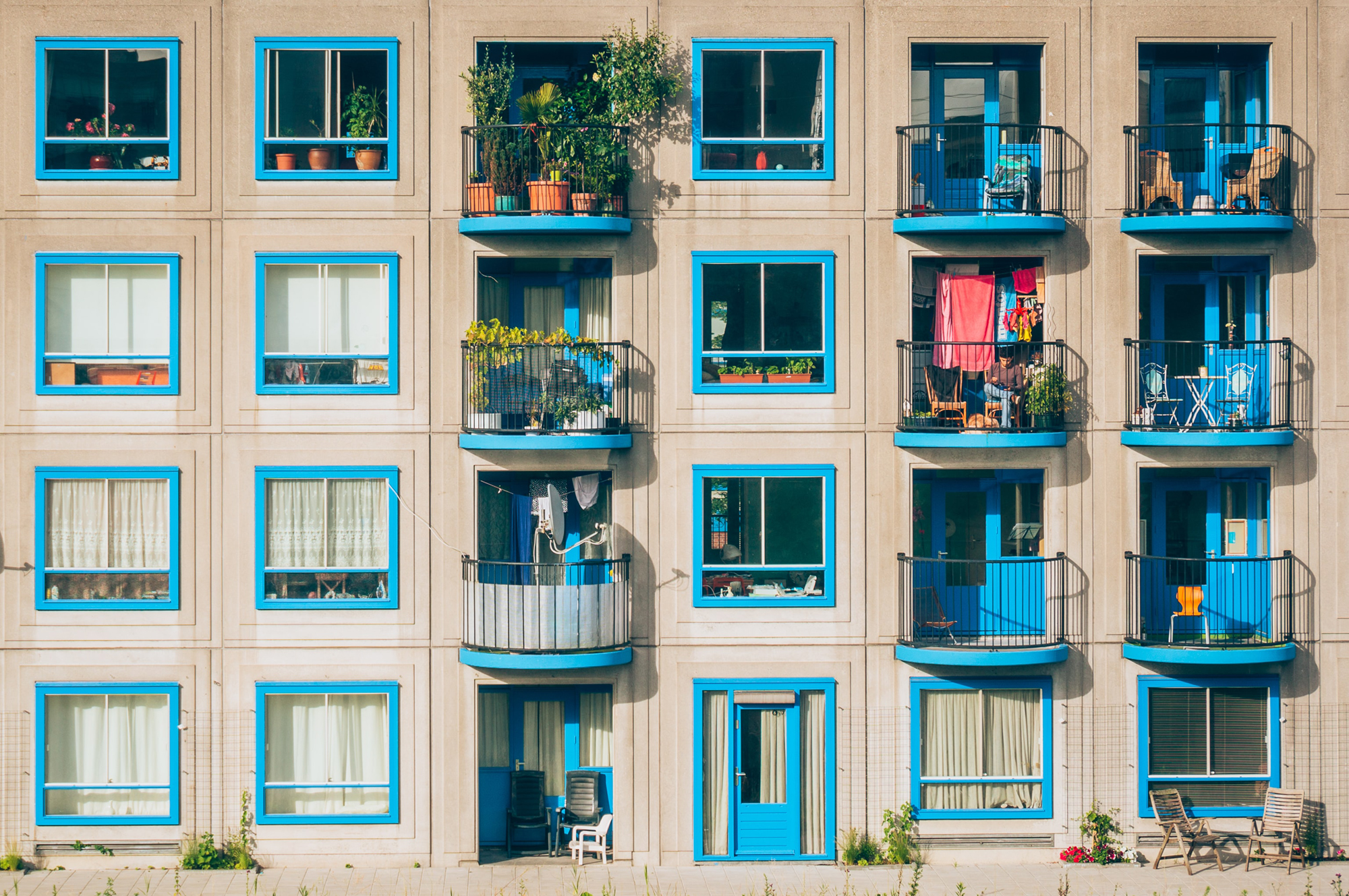