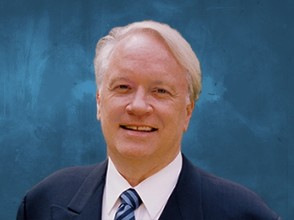 Bruce practiced law as a partner at the Real Estate Division of Ice Miller, Indianapolis, Indiana, while investing in real estate for his own account, and developing one of Indiana’s premier single-family home subdivisions. Mr. Cordingley set aside the practice of law to create and build Pedcor Investments, LLC, with expert real estate developer Jerry Pedigo. Bruce has served as Pedcor’s President and CEO since its creation over 30 years ago. To date, Pedcor and its affiliated companies have developed, built and managed over 20,000 affordable apartment homes across the nation. In addition to his duties as president and CEO of Pedcor Investments, Bruce is Chairman of United Fidelity Bank of Evansville, Indiana, Chairman of the executive committee of International City Bank, N.A. of Long Beach, California, President and CEO of Pedcor Capital, LLC, Pedcor Financial, LLC, and Chairman of Fidelity Federal Bancorp. Through the various subsidiaries of the bank holding companies and Pedcor Investments, Bruce has been instrumental in the creation of nearly 20,000 affordable housing units nationwide, using distinct and sophisticated development and financing tools to create affordable and sustainable communities. Bruce formerly held the roles of director of Eastside Community Investments, Inc., director of the Indianapolis Economic Development Corporation, the Commissioner (1983-1986) and President (1984-1986) of the Indianapolis Historic Preservation Commission, and board member of the Riley Area Revitalization Program. He has served as (Affordable Housing Partner’s (AHP) President and as a director since its formation in 1996.