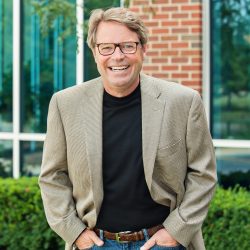 President and CEO of Arbor Bancorp, Inc., and Bank of Ann Arbor

Tim Marshall is President and CEO of Arbor Bancorp, Inc., and Bank of Ann Arbor, a locally owned and operated full-service community bank with eight locations in the area of Ann Arbor, Michigan. In 2017, Bank of Ann Arbor was deemed one of the Top 50 U.S. Banks to Work For by the American Banker publication, its third such designation in ﬁve years. Under his direction, the bank has grown from approximately $350 million to nearly $1.7 billion, and from $250 million to nearly $1.6 billion in trust and investment assets. Tim's banking career spans more than 30 years beginning at Indianapolis-based American Fletcher National Bank, then moving to Indianapolis-headquartered Salin Bank & Trust Co. where he was ultimately appointed President, Chief Operating Ofﬁcer, and Board Director. In July 2004, he joined Bank of Ann Arbor.